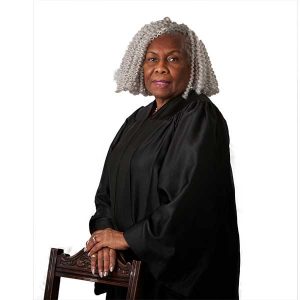 Board of County Commissioners

What is the best career decision that you have made?

To leave my home, the big City of New York, and move to rural northeastern North Carolina.  When I came to NC, I was the only female attorney practicing in a seven county judicial district.  That and my skills as a trial attorney trained by the U.S. Department of Justice made me stand out and opened many doors.

If you had it to do over again, what would you do differently?

All of my choices and life experiences have made me the person that I am, so I don’t know that I would have done anything differently.  However, the choice I made that I found most ungratifying and unfulfilling was running for Congress.

How have women helped further your career?

I have had a lot of support from women that helped me get positions like Asst U.S. Attorney in NY straight out of law school.  Women encouraged me and did grassroots work to help me get elected the first female and first African American district court judge in the 1st Judicial District.  Congresswoman Eva Clayton made it possible for me to be seriously considered for the appointment of U.S. Attorney for the Eastern District of NC by President William Clinton.   Organizations like the NC Association of Women Attorneys (NCAWA) have been very supportive of me when I have run for elective office and advocated for me to obtain positions like that of U.S. Attorney and to serve on various committees.